As the new crown pneumonia’s epidemic has intensified in Europe, the epidemic prevention and control measures adopted by European countries have stepped up, and the recycling industry’s concerns about the long -term influence of the European recycling and regeneration market have risen sharply.

Some people in the industry revealed that the current worries are:

Affected by season and epidemic isolation, the recovery volume decreased [


Even last weekend, sources in the industry revealed that concerns about the recycling industry are limited to the price competition from priced plastics, as well as restricted relationships with countries such as Italy.


The reason is that the new coronary virus has a significant impact on petrochemical products, hindering the global supply chain, changing consumer demand methods and leading to market shock. At the same time, due to the continuous price war between Saudi Arabia and Russia, the price of crude oil plummeted, and the newborn plastic market across Europe also declined, which caused the industry to worry about the impact of prices from primary plastics.

In addition, although some buyers have issued other warnings, the recovery and regeneration market is largely trading. However, this situation is currently changing.


For the most commonly used recycled materials for European region-the regenerative PET (R-PET) market, some industry sources revealed that they have found that consumer behavior habits have occurred. Change, especially in terms of purchase habits and recycling habits.


A German recycler on TuesdaySaid: \”People do not take it back to recycling after buying bottled water, but store them.\” As the Europeans began to panic to buy food and other necessities, the demand for early PET in March has greatly increased. 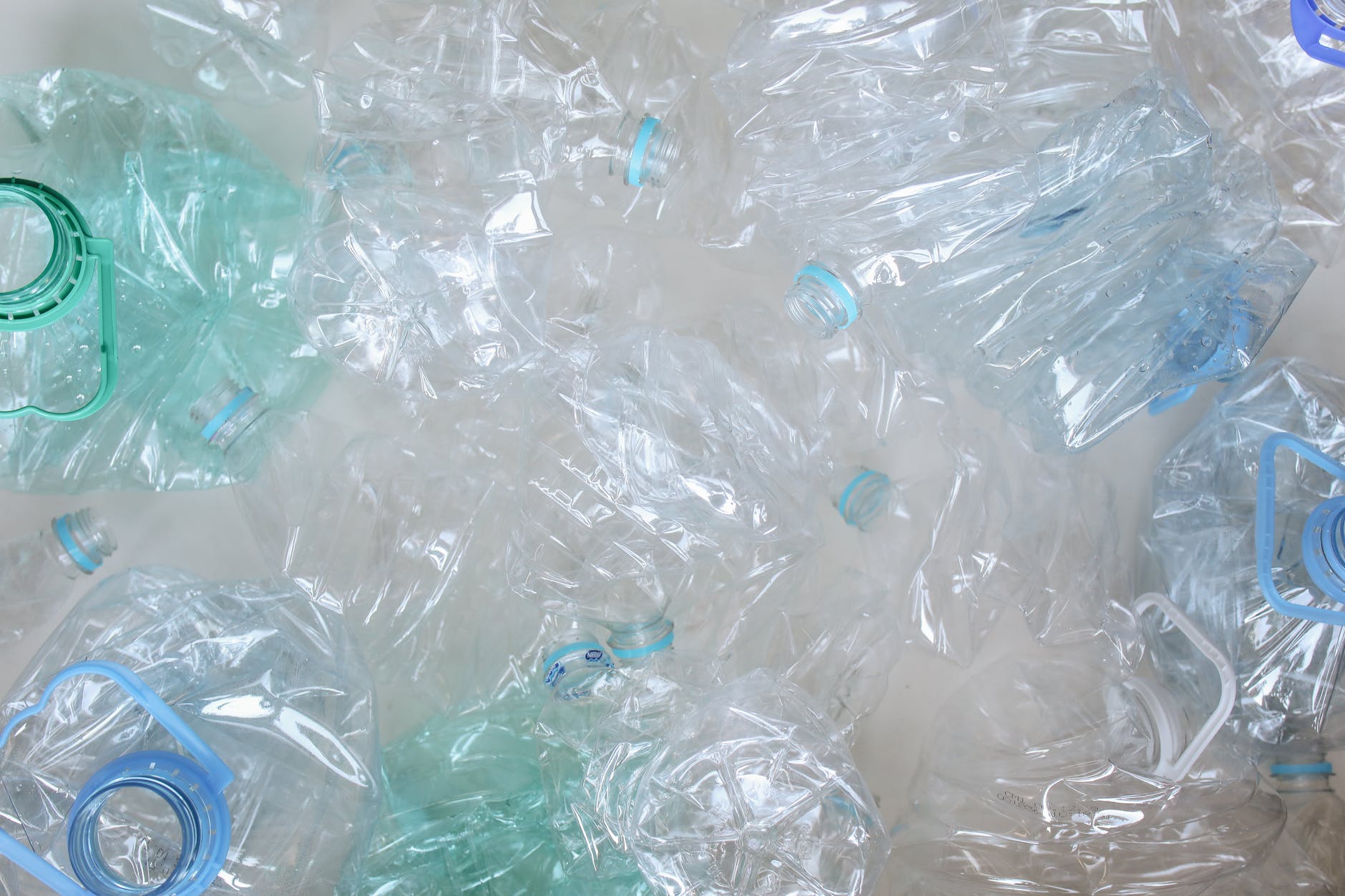 Under the epidemic, the consumption habits of European citizens have changed, and the recycling operation is not so positive, resulting in the recycling body Reduced quantity.


\”On the one hand, this is conventional affected by the season of February and March, because people drink less bottled drinks in winter. But on the other hand, It takes a lot of time in procurement, so consumers store the bottle at home, and some people use glass bottles. \”The recyler added.


Germany is one of the countries with the most mature accumulation and return plan (DRS) in Europe. Under the plan, consumers set up automatic sales through supermarkets and other places. The recyclable PET bottle is returned to the merchant. Today, how much does the impact on the country’s recycling and regeneration industry require the social distance and self -isolation under the epidemic situation? It is still to be evaluated.


I mentioned earlier that the consumption of bottled beverages decreased, which caused the supply of regenerative plastic bottles to be tight. Therefore, many people will pay more attention to how to use the outbreak during the outbreak of the epidemic situation. The PET bottle is sent to the recycling flow.


At the same time, the epidemic may also affect the trend of the peak season of bottled beverage consumption. If you still need to maintain a social distance in summer, there may not be many opportunities for people to go out, which will cause R-PET’s material sources to reduce. Affected by the epidemic isolation measures, this year’s bottle drink sales will be affected.

Regenerate polyethylene (R-PE) also has a trend of decline in consumer demand.


\”We plan to enter the factory in the next few weeks,\” a large waste collection and re -processing enterprise in France said Essence


The signs of a decrease in the collection rate usually takes a few weeks to display in the marketIt is exposed because it takes some time to send the materials after consumption or industry to the circular chain. This means that there will be a shortage of shortage at the beginning of the peak of the peak of R-PET and regenerative polyolefin (R-PO). However, in view of the uncertainty of demand, the peak season in 2020 may not come as scheduled.

[
[] 123] The impact on the demand of R-PO may be reflected in the terminal application market. The main terminal application market of R-PO includes automobiles, buildings, garbage bags, outdoor furniture and packaging. Due to the outbreak of the epidemic, the demand for automobiles has declined sharply, and car manufacturers across Europe temporarily shut down the car manufacturers, and the demand may further decrease. 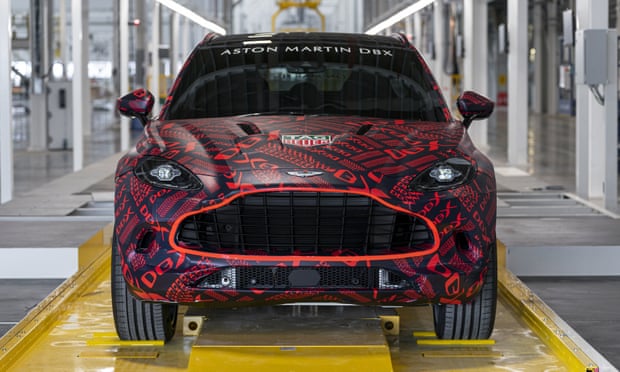 Automotive manufacturer Aston Martin on Tuesday announced on March 25th Two factories, which will be closed in Gaydon and South Wales, will be reopened as early as April 20.

The direct production of production interruption caused by the new coronary virus is relatively small, but it is likely to be seriously affected by the economic decline Essence At the same time, due to the implementation of isolation measures, the demand for outdoor furniture may also be affected.

In contrast, packaging demand is expected to rise sharply. Out of consideration of health and hygiene, it is expected that buyers will favor plastic packaging foods more. In addition, because polyolefins are widely used in cleaning and sanitary products, demand will also rise during the epidemic. 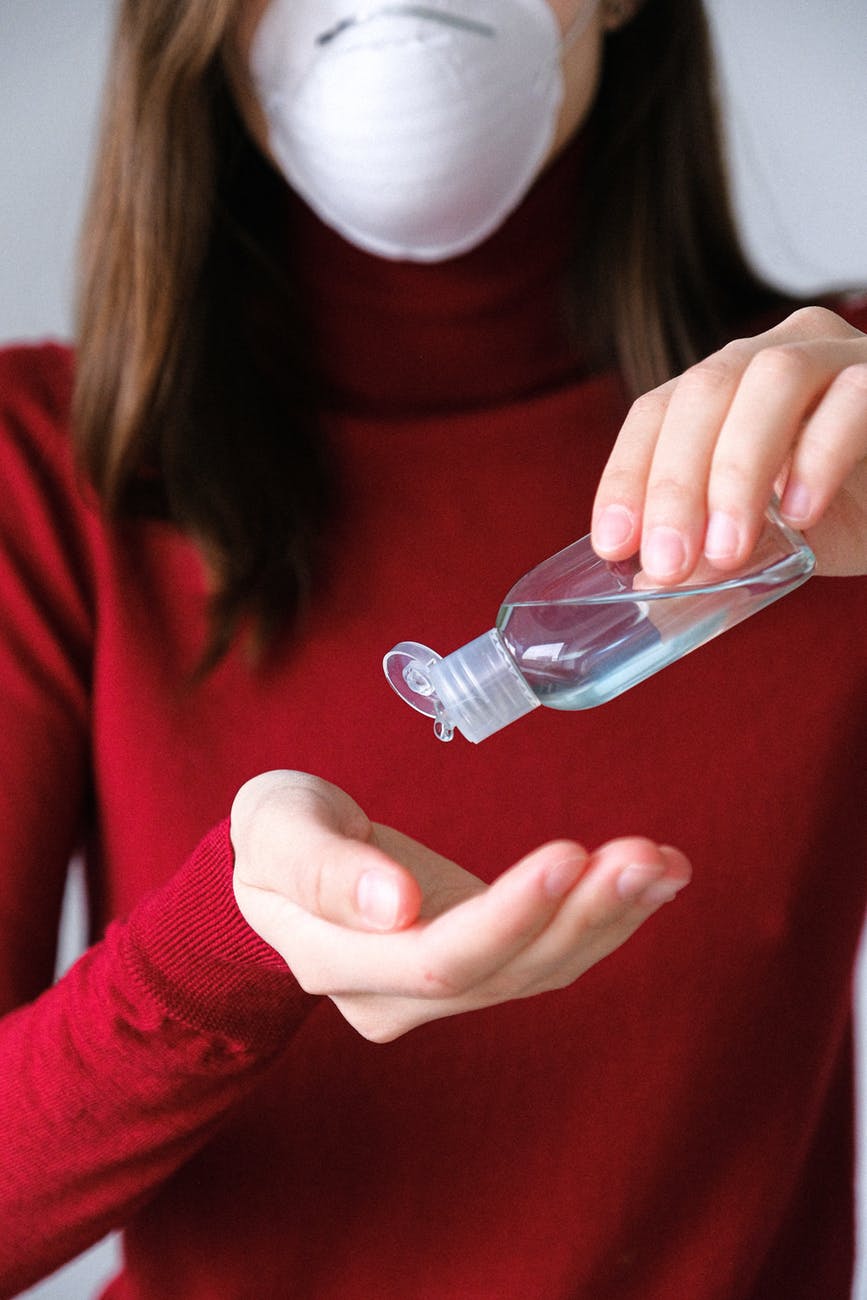 Under the influence of the epidemic, the demand for plastic bottles in packaging rises.

However, it is unclear how much this will be conducive to the recycling industry. Some companies believe that the epidemic will reduce the attention of various industries in the short term. They also believe that brand chambers will use more new plastic because it may be easier to obtain.

In addition, due to colorless R-PET thin slices and food granules, recycling high-density polyethylene (R-HDPE) natural and food granules, and R-PP natural particles The prices of the products are higher than that of beginner materials, so it will only further increase the use of primary materials. 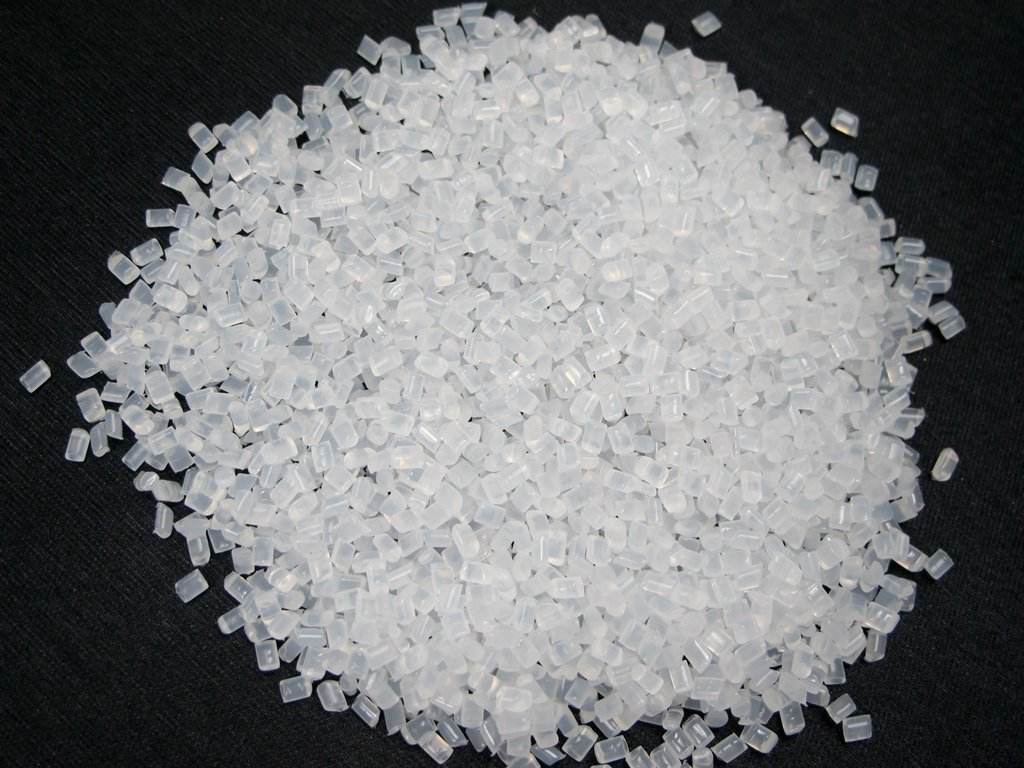 Because the price of primary plastics is competitive, and it is easier to obtain, it will further increase the use of primary materials.

A large packaging manufacturer said: \”In the current situation, if they cannot find the recovered low-density polyethylene (R-LDPE) (R-LDPE) They will choose the newborn LDPE as a product supply. \”

As the epidemic intensifies, the industry also starts to worry about employee shortage, and if small recychers cannot continue to operate, They will also face the shortage of funds in the turnover. Compared with the petrochemical industry, the cash reserves of recychers are usually not so sufficient.

123] Another attracted much attention is logistics issues. At present, several countries/regions in Europe have closed the border and restricted the flow of goods and personnel. Therefore, it has challenged the material transportation of the recycling station.

“我们看到了物流方面的问题，例如运送瓶子以及制成品方面。”一家R-PET生产商说：“有些边界封闭了，虽然主要It is targeted at personnel testing, not cargo transportation, such as drivers who need to receive body temperature testing on the border, but this will also affect transportation speed. \” 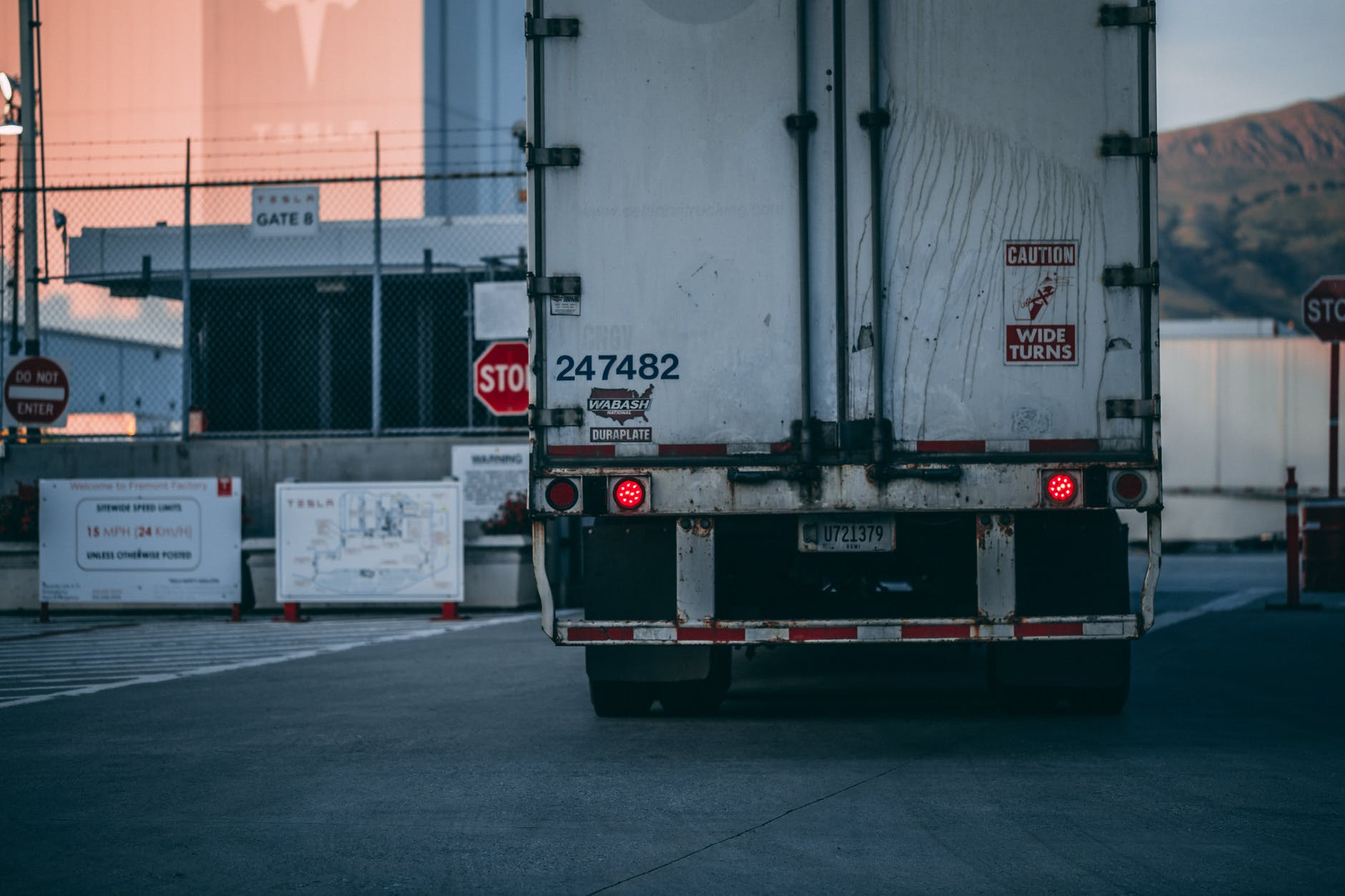 \”At present, the logistics problem in Europe is very headache. All products and materials will not know what problems will be encountered in the end, which will affect the use of the product.\” Said manufacturer said.

Under the epidemic, countries have adopted \”sealing\” measures to affect logistics operation.


The logistics problem has prompted some companies to cope with any potential interruption by establishing inventory.


\”We procure large procurement from France, the Netherlands and Italy. When the boundary is completely closed, there is a big problem: where do we get materials? And us with us? The final product of 50 % is from Germany to Europe. If we have to reduce the output, customers will ask us if we can mention itFor the materials they need. \”


\” When we ask the factory to transport, they say it is okay. At present, everything looks stable on the surface, but the problem is that when the government decides to close the border, what will happen next? \”A large European recycling and regeneration enterprise asked questions.


The impact of an unclear epidemic caused long -term investment


The long -term impact of the epidemic on investment decision -making is not sure. If the industry must determine to achieve packaging recycling legislation and brand goals, then investment in mechanical and chemical recycling is important . At present, in terms of recycling and re-processing, all food-grade materials in the recycling polymer are facing a serious shortage.


For other recycled polylefin composite materials (R-PO) grades, in view of the European Food Safety Agency (EFSA) regulations on traceability and classification, it can only supply very small amounts of food-grade materials.


To achieve the goals of 2025, develop new technologies and new collection methods, and improve chemical recovery and post -processing capabilities.

However, the weak economic situation is restricting investment, especially in the fields of recycling and utilization. General investors come from small startups, because compared with petrochemical products, investment barriers to recycling and regeneration markets are low; in addition, the recycling system still在很大程度上受控于当局。在当前情况下，这两方面的力量都比较脆弱。 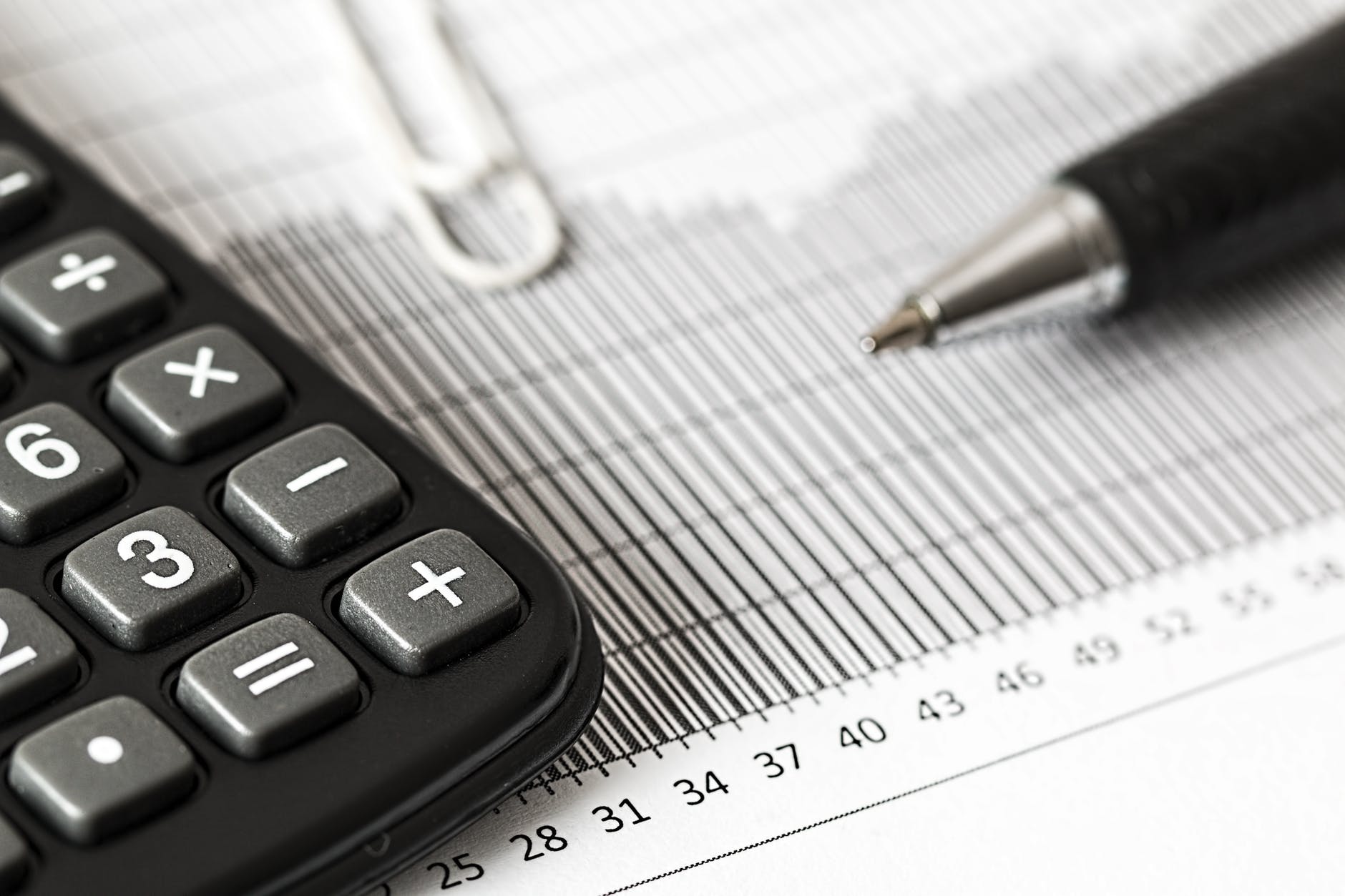 The uncertain factors of the epidemic make the company maintain a conservative investment strategy.


ExampleFor example, affected by the global economic recession in 2008, tightening measures throughout Europe have led local authorities to invest in the low level of low investment in collecting systems for more than ten years.


Due to the needs of the epidemic prevention and control, society has to take large -scale isolation measures, which is likely to further bring global recession.


Although most European recycling and regeneration industries are still operating as usual, the impact of the epidemic may slowly penetrate the next day.